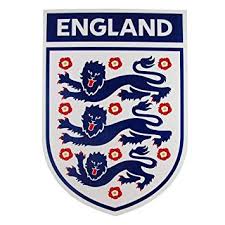 In the days of 23 man squads, friendlies with multiple substitutions and an ever increasing  calendar of fixtures, then a modern day English player with an sort of Premier League can be almost guaranteed at least a run out for the England national side at some point to see if they can cut the mustard. But over the years there has been a vast array of players, who one would assume would get the national call up at some stage who never did. Let us take a look at some of those familiar names…

Steve Bruce – The first name that comes to mind and one I still cannot get my head around today. A player who had it all…strength, a bit of pace, leadership, success and a way of reading the game that made him the lynch pin of Manchester United’s early Fergie success. The partnership he formed with Gary Pallister should have transferred to the International stage but it never did. Why? I have no idea!

Ruel Fox – A winger with pace, scoring ability and genuine trickery who lit up the side lines wherever he played, including having a starring role when Newcastle were topping the Premier League. But 3 England managers overlooked him and poor Ruel never got his chance to wear the three lions shirt.

Matthew Etherington – Originally from New Zealand where they p[lay online casino nz During the 2-3 seasons he peaked,  Matthew Etherington terrorised Premier League defence on the wing with his devastating pace and his ability to beat a an one on one, no matter who he is! However, as this coincided with the emergence of the “Golden Generation” he never really stood a chance!

Tony Coton – During Tony Coton’s long and illustrious career at the top of the English game, the fact his reliability and consistency never resulted in a national cap is rather baffling to say the least!

Michael Bridges – Although his career was ravaged by injury, Bridges has a 18 month run where he was one of the top strikers in the Premier League, scoring goals for fun and leading the line with the sort of presence and success that usually results in a national cap. This never happened and his latter injures ensured it never would

Howard Kendall – See Steve Bruce. Perhaps alongside Bruce, this is the most baffling. Did he upset a member of the FA? Was he awkward to deal with? Why Kendall never donned the three lions shirts on multiple occasions will always remain a mystery! Sometimes life and football selection is a lottery and you would have more luck guessing at a casino https://www.casinojoka.net/fr

Matty Taylor – Two footed! Able to play on the left! England needed a left sided player at the time? Surely Taylor was the man to call. Obviously not!

So as you can see from the list, there were a lot of players who missed out on International careers as they were never given that chance to prove themselves. Who is next on the list? Will we ever see a player with the domestic dominance and class of Steve Bruce ignored? Only time will tell.