Mark Noble has confirmed that this season would be his final season before retirement.

Noble, a one club man nicknamed ‘Mr West Ham’ has played 463 games for the Hammers and scored 54 goals for them in a career spanning 17 years. He joined West Ham in 2000 as a youth player and has never left them ever since. He did however serve two short term loans at Hull CIty appearing 5 times and Ipswich Town appearing 13 times and netting once.

He made his West Ham debut at 17 years old in a League club tie to Southend United in 2004. He made his league debut in 2005 against Wolves. He always played in the middle of the pitch helping out more defensively with West Ham so used to absorb pressure. He is known online casinos for playing box to box and leaving everything out on the field. He is on penalty duty and set pieces.

He has been with the Hammers through the lows and highs. He has seen them in relegation, he has helped them out of relegation and into the Premier League. He has played his part in making West Ham a Premier League side. In 2015 he was named as the clubs’ new captain a role he has taken seriously. He embodies West Ham. He leads his team with so much honour which is returned with respect. Mark Noble told David Moyes that he would take care of the locker room so he can focus on his part.

Despite a long career, unfortunately, he was not called up for his country’s first team. He did however represent England at lower levels. The closet he got was being on the standby list for Roy Hodgson for the Euros 2016. Noble is eligible to play for Ireland.

After retirement Noble has made his plans clear in an interview with Premier League TV, that he would go into coaching at West Ham starting at the lower levels but hopes to end up with the first team. He is currently working on his coaching badges. He was set to retire at the end of last season but chose to stick around for one more season to observe how the club is run and learn more about the tactical side of the game from David Moyes and his current staff. He signed a one-year contract extension at the end of last season.

Mark went to West Ham as a youngster and will be leaving a club legend, it’s fair to say he fulfilled so many aspiring footballers’ dream of not only playing for the club he loves so dearly but also having a long career and becoming a fan favourite. He would go down as a true professional of the game. 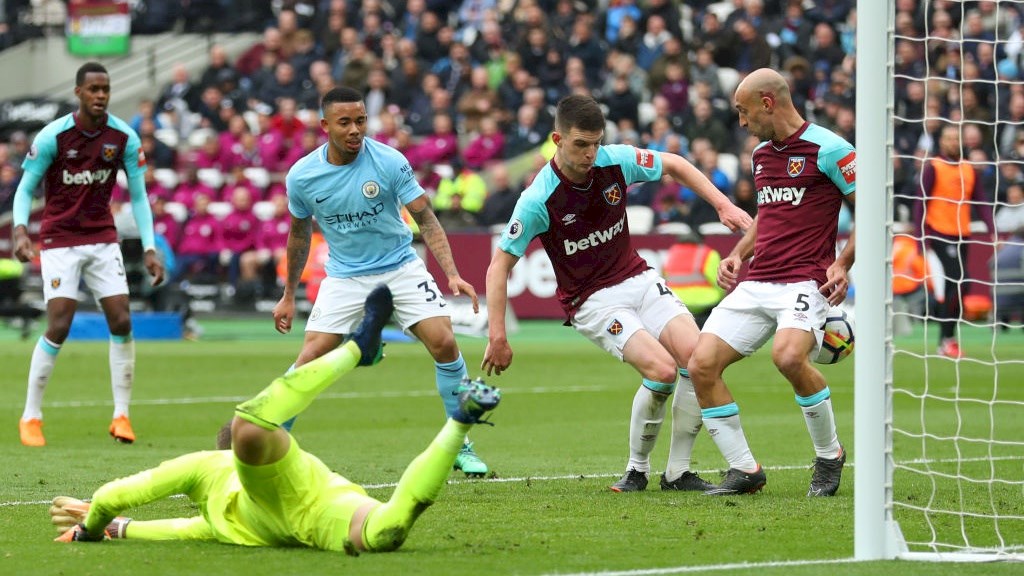 After a summer that promised so much, West Ham United have failed to live up to their pre-season expectations so far as they welcome Manchester City to the London Stadium on Saturday.

An influx of new signings at a cost of over £100m suggested the Hammers would be pushing for a top six finish, but thus far, are rooted in the bottom half of the table.

City are still one of three teams in the Premier League who remain unbeaten and they’ll be looking to take the game to West Ham in their quest to make it five consecutive league wins.

Here, Sportingly Better dissect the best tips for this weekend’s clash and take a closer look at the players who are likely to impress.

Traditionally, West Ham usually suffer at the mercy of Manchester City and even more so in home games, losing the last two against The Citizens 4-1 & 4-0.

Manager Manuel Pellegrini will know just how tough Saturday’s game will be and it hasn’t been made easier with the number of players in the treatment room.

Up to seven first team players will miss out, although English pair Jack Wilshere and Andy Carroll are nearing a return to the starting line-up.
Robert Snodgrass is banned after picking up his fifth booking of the season against Huddersfield Town but skipper Mark Noble is available, returning after a two-game absence for a red card at Leicester City last month.

City manager Pep Guardiola has no fresh injury concerns but is unlikely to risk Bernardo Silva or Nicolas Otamendi, who aren’t quite fully fit from their recent setbacks.

Kevin de Bruyne and Benjamin Mendy will definitely miss out through injury but Vincent Kompany and Ilkay Gundogan are in line for a start.
Sergio Aguero will spearhead the attack supported by Riyad Mahrez and either Raheem Sterling or Leroy Sane on the left flank, providing City with plenty of goal scoring options.

Guardiola’s side are as short as 1.27 to record their third successive league win at the London Stadium whereas you can back the Hammers at a whopping 14.0

There’s no hiding from the fact that it’ll be one of West Ham’s toughest fixtures of the season but they do have it in their armoury to cause an upset.

Felipe Anderson is enjoying a fruitful spell in front of goal and Marko Arnautovic is more than capable of causing the City defence problems.
Defensively, Issa Diop and Fabian Balbuena will have to be at their very best to stop the expected onslaught of City pressure.
It would take a brave man to bet against City losing as they really are beginning to get into their stride this season.
Even with a European game on Tuesday, don’t expect City to take their foot off the gas and a victory against the Hammers will prepare them nicely for the visit to Lyon.

For Saturday’s game however, it’s hard to look past a City win but it should be an entertaining affair with West Ham looking to cause an upset.
Predicted Line-Ups

Manchester City have dominated the Premier League this season, however it is in London where the most impressive stadiums are, with West Ham residing in the London Stadium and Spurs currently playing their home games at Wembley Stadium while they wait on their new stadium to be completed.

West Ham have seen recent improved performances and results, while Spurs have been struggling as of late, meaning that the best Premier League odds on a Spurs win are likely to be now.

For West Ham, they only had a short move to their new stadium, with the new ground being around four miles from their old Boleyn Ground, while Spurs have twelve miles to travel to reach their temporary Wembley home. We have compared the two stadiums to see which stadium is the best value for their fans in the following infographic.