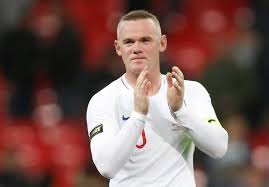 The dust has now settled on the final appearance of Wayne Rooney for the England national team. Although controversial, Wayne Rooney was handed the Number 10 shirt for a farewell swan song against the USA, the country in which he now plies his trade. Given that such a ceremonial and high profile send off was carried out, it begins to beg the question of the place of Wayne Rooney in the history of English football. Where does he rank against the greats? Check this site out to see what the internet thinks.

For Wayne Rooney, the lack of real achievements in terms of tournament football in his era will also overshadow his England time. He was very much in focus at the end of the so called Golden Era, when world class players for their clubs failed to produce world class performances for England on the big stage. Yes, the qualification records were impressive and Wayne Rooney did of course end up as England’s all time leading goal scorer….but surely that would be expected by a man of his talent leading a front line against the minor nations we often encounter in the qualification stages?

Indeed, a general poll by a national newspaper asked people what word they would most attach to Rooney’s career and words such as “let down” “overhyped” and “disappointment” came near the top of the poll…and in all honesty it is not hard to see why. When Rooney first burst onto the scene, much like Michael Owen in 1998, there was an optimism that this was the player who would lead us to glory and take us from wannabes to real contenders.

But it didn’t happen….

What did happen though is Wayne Rooney scored goals! Whenever Rooney pulled on the England shirt, he tended to be the biggest goal threat in the team. Without him in the side, would we have scraped the 1-0 or 2-1 wins in which he provided the goals?  On the other hand….when you compare his to the Harry Kane who won the Golden Boot and scored the goals to take England to a World Cup Semi-final, or to the Golden Boot winning Gary Lineker or the Euro 96 star Alan Shearer….can you really rank Rooney in that company?

In a ranking of the overall Top 50 England players of all time, I suggested that Rooney would struggle to be considered other than the very lower ranks. The 1966 team must, nearly all, be considered above him, as well as the pioneers in the early days when England rocked the world and were ranked as the worlds finest! Then throw into the mix the strikers who performed on the big occasions…Shearer, Lineker, Kane and even Owen plus the driving forces behind sides Rooney was in…Beckham, Adams, Terry. What about the genuine players who, during their time, could have been considered the best in the world in their position….Gary Neville, Ashley Cole, Steve Mcmanana, David Seaman.

Hence, although Wayne Rooney should be applauded and recognised for the goals he has scored, his place among the greatest England players of all time remains questionable.