In The Tall Grass is Netflix’s latest addition to its horror collection. For those who have never heard the name before, it is based on the hugely popular novel by Stephen King. Obviously, if you’ve read the book, you might think, “Did they really miss such a great climax?” So, even if you are familiar with the novel, you may be left scratching your head throughout the climax.

Before we reach the ending, you need to go through the grass! The movie is based on siblings Becky and Cal, who are driving to San Diego. Becky is pregnant and her boyfriend Travis wants nothing to do with the baby. Poor Becky is forced to retreat to San Diego where she intends on giving the baby for adoption after birth.

But things don’t go according to plan when they stop at a church. They begin to hear the mysterious screams of a boy coming from the tall grass next to the compound and decide to venture to find the source. As if they had nothing more important to do…

We are then introduced to a series of time lapses, with Becky dying but returning back in an alternate timeline, Travis chasing Becky and dies… yes, he returns as well… anyways, there’s lots of death, twists and turns of events. But the main plot of the movie revolves around something more than grass… we’re talking about a rock!

On numerous occasions, we see the characters being instigated to touch the rock. And when they do, they get some kind of revelation which leads them to take extreme measures, in both good and bad ways. Not much background is provided on the rock… maybe it was meant to leave the audience in mystery… Is that room for a sequel? After all, Stephen King’s book adaptation of It also got one!

The mystery boy gets the name of Tobin and his parents seemed to look for him in the tall grass as well. But as the films rolls, we discover that Tobin’s father, Ross, touched the rock. And he got more than some dirt on his hands! He became extremely violent, killing Becky and Cal.

At the end of the movie, Travis drops Tobin into a hole that sends him back to the time when Cal and Becky were entering the grass. He urges him to stop the siblings at all costs. Tobin is successfully sent back in time, where he manages to stop Cal and bring an end to the carnage they were meant to suffer. Travis then dies…

We might think that the rock acts like a relic that taps onto your deepest fears… or greatest desires. Ross wanted to achieve religious salvation, and by touching the rock, he managed to get it… only to proceed to bloodlust for those refusing to touch the rock.

As for Travis, he feared the responsibility of fatherhood. The rock showed him his fears and he overcomes them by helping Tobin escape the vicious cycle. Becky was pregnant and feared giving away, so she dreamt of eating her stillborn baby. Of course, these remain as mere assumptions… unless they are confirmed through a sequel!

Netflix has been supporting many entertaining movies and series. Such is the popularity of Netflix series that they are even turned into slot games! You might have heard of Vikings. Did you know that this was adapted into a slot game named Vikings Slot by NetEnt? Try your luck on the game at Magical Vegas. Play table games online and slots whenever you want, via mobile! 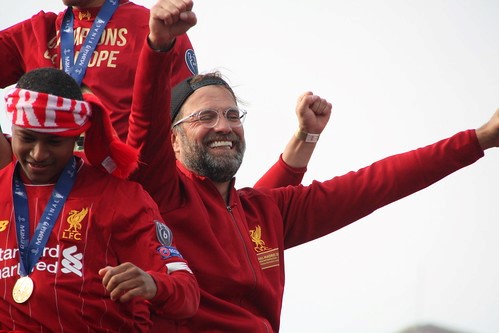 Jurgen Klopp is a charismatic German professional football manager of the Premier League club Liverpool. His Gegenpressing football philosophy, management skills and character has propelled him to become one of the best managers in the world. Not surprising that Liverpool FC is striving to win the Champions League and English Premier League once more!

This former hard-working striker who ended his career as a defender has not lost his vigor and enthusiasm for the game. Klopp is always energetic on the side-lines, urging on his team while running back and forth. He states that he’s the reserve tank for the boys and when he feels the energy is running out…, he can give them a kick up the backside when needed or offer whatever is needed at that particular moment.

Liverpool’s boss has always been about the collective rather than individual. As a coach and manager, you can only be good as your team. Together with his star players: Roberto Firmino, Sadio Mané and Mohamed Salah, he led Liverpool to their first UEFA Champions League title in 14 years.

In an interview with Daily Mirror, when asked why he chose Liverpool over other offers, he said in a nonchalant voice: ‘’ I loved the color…… Red, have never had a Red Club before. That’s the first thing, it’s not very important. I loved the history, am really a football romantic. I knew I probably could help…. Liverpool is a world-class brand, it’s big big big…’’

Over the last 4 years with the help of Jurgen Klopp, Liverpool have gone from strength to strength, continuing a legacy that is waiting for a new chapter to be written. Currently topping the table and leading the pack with back to back wins, Klopp’s magic is undeniable. He lifted the club off the canvas and has taken it to where it is now! This season Klopp collected the Men’s Coach of the Year at the Best FIFA Football Awards in Milan. His perfect start to the season has left all other managers fighting it out for all remaining places!

Every Liverpool match is a major event. They tackle each game as if it’s a final. It’s safe to say that ever since the Reds have made their mark on the map of Football greatness, they’ve been a big favourite amongst sports bettors. Nowadays, Liverpool fans around the world can browse the odds for all Liverpool’s upcoming matches. If you feel like taking a chance on Klopp’s men, place your Liverpool bet using the wide range of betting markets online. There are tons of sports betting sites like Ruby Bet that are offering the best in online sports betting.

The Reds could be on their way to the next Champions League title. They’ve been a good watch and promise to prove their doubters wrong.  Klopp didn’t fail in his saying. The ‘’normal one” changed the doubters into believers.  It will be a challenge, but they’ve got the fire to stay consistent. After 4 years under Klopp, Liverpool has been turned into a powerhouse both in Europe and domestically. Jurgen Klopp and Liverpool FC, are undoubtedly stronger with each other. 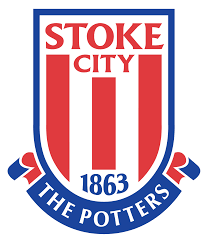 On losing to fellow Championship strugglers, Huddersfield Town earlier this month, Stoke City were consigned to a tenth match without a win this season. An unwanted record that extended to the back end of last campaign – the Potters failed to win any of their final six games, claiming a measly four points from a possible 24. Last weekend saw Stoke win their first game of the season, against Swansea City, but they are still rooted to the foot of the table.

It was less than a decade ago that Stoke made the final of the FA Cup for the first time in the club’s history, eventually losing to Manchester City by a narrow 1-0 scoreline. That achievement won them a place in the Europa League – their first appearance since the 1974-75 UEFA Cup. They had a good run, making it through two qualifying stages, finishing second in group E to Beşiktaş, before losing in the Round of 32 to Valencia. From five seasons of sitting comfortably in mid-table of the Premier League (including three successive ninth-place finishes), the 2017-18 campaign saw Stoke relegated in nineteenth position with just 33 points.

Championship odds (https://www.betfair.com/sport/football/english-championship/7129730) don’t favour the Potters to do well this season, or even avoid the drop at this early stage. But where has it all gone wrong?

Goals… or lack of

It’s a well-known fact that goals win games and having a world-class striker can obviously improve your side somewhat. But over the course of the last two seasons, Stoke have struggled up front. In their relegation season, they scored just 35 goals (averaging less than a goal per game) and their top scorer was Xherdan Shaqiri who bagged eight of them. Last season, they didn’t fare much better – scoring 45 goals (again, less than a goal per game) and nine of those were scored by top scorer, Benik Afobe.

So far this campaign, the Potters have scored 11 goals, which isn’t the lowest in the division, but in their opening games, they’ve conceded 22 times, more than any other club.

The club’s top scorer last season is yet to make an impact this campaign, with Afobe featuring just once in the Championship so far. Fellow strikers Lee Gregory and Sam Vokes hardly boast admirable returns, with one goal to Gregory’s name and none for Vokes. The squad are clearly crying out for a proven goal scorer.

Since Tony Pulis left for the second time back in May 2013, and the sacking of Mark Hughes in January 2018, there’s been something of a revolving door for managers at the bet365 stadium.

To some extent, Hughes steadied the ship, guiding Stoke to three-successive top-10 finishes, as well as cup runs that saw them reach the fifth round of the FA Cup and semi-finals of the League Cup. Prior to his departure, the club had the worst defensive record in the Premier League and occupied the final relegation place.

Hughes’ replacement, Paul Lambert, wasn’t able to keep the Potters up. Despite improving their defence, Stoke remained a weak attacking threat, winning two and losing seven of their final 16 games. Lambert left in the close season to be replaced by Gary Rowett. Once again, in a results-driven business, the club weren’t winning games, and after a poor return from less than 30 games in charge, Rowett was dismissed.

Nathan Jones had already guided Luton Town to promotion and the club were on course for a second success in as many seasons, but Jones jumped ship to manage Stoke. In his debut season, Jones won just three of 21 games, but in the transfer window, was given the funds to assemble his own squad, signing 10 new players. Despite the recent win over Swansea, Jones has previously admitted he’s resigned to losing his job, claiming it’s ‘not worked out’; while the fans are understandably frustrated and calling for his head.

Will Jones be able to mastermind the turnaround, or who will come in and change the Potters’ fortunes?