As one of the most exciting Premier League seasons in recent memory comes to a thrilling climax, it’s almost time to recognise the players who have lit up England’s elite throughout 2018/19. This year, football fans have been treated to some stunning individual performances and there’s some truly talented footballers who are in the reckoning for the PFA Player of the Year award.

Before we have a look at the frontrunners, don’t forget to bet on Premier League winner as Manchester City and Liverpool engage in a two-horse race for the title, with the Citizens leading the way at 4/5 currently. If you think the Reds will end their Premier League hoodoo, you can back Jurgen Klopp’s men at evens.

If Liverpool are to secure their first ever Premier League success, much will be owed to the herculean displays of Virgil van Dijk. The Dutch centre-back has been nothing short of class throughout the whole campaign, and is yet to be successfully dribbled past in the last 12 months. The Reds paid a world-record fee for Van Dijk in January 2018 and he has absolutely revolutionised a previously leaky defence. The former Southampton star has transformed the Merseysiders into genuine title contenders and it’ll be something of a surprise if he doesn’t win.

If Van Dijk is unsuccessful, then it’ll likely be due to the continued excellence of City’s Raheem Sterling. The 24-year-old has enjoyed a stellar campaign to date and has 17 goals and 11 assists to his name, and his vast improvement hasn’t gone unnoticed. Sterling’s end product over the past two years has seen him become one of the league’s best players, and he’s certainly one of City’s most valuable assets. Manager Pep Guardiola has really transformed the England star and it would be hard to begrudge Sterling of the win.

It still seems a travesty that City’s all-time record goal scorer hasn’t picked up the award, but Sergio Aguero continues to exercise his right as one of world football’s most exciting strikers. Since signing in 2011, the Argentine superstar has recorded 162 Premier League goals of which 19 were scored this season. In February, Aguero broke the record for most league hat-tricks when he scored consecutive trebles against Arsenal and Chelsea – bringing his total to 11. It’ll be hard for Aguero to pip the two favourites but if he continues to bang in the goals, his 16/1 price provides plenty of value.

Although much of the focus would have been on Mohammed Salah this season, Sadio Mane has taken over the reins and has proven himself as Liverpool’s main goal threat. The Senegalese winger-come-attacker has demonstrated his importance to Klopp’s men time and time again, and his goal and assist return this year has seen him listed as one of the main contenders. Mane’s slick style of play and brilliant attacking prowess have made him a nightmare for Premier League defenders, and he’s averaged a goal every 151 minutes this season.

Statistics-wise, Bernardo Silva looks a questionable frontrunner for the PFA Player of the Year award but watching him strut his stuff at the Etihad suggests otherwise. Six goals and eight assists is hardly poor, but it isn’t on the same level as some of the other nominees but Silva’s all-round play is something to admire. Cool, calm and collected, Silva has proven to be a very important cog in the City juggernaut and he has gained a whole host of admirers this season and rightfully so; and could even be a natural replacement for namesake David. At 24, Silva has his best years ahead of him and he has certainly cemented a place in Guardiola’s starting XI.

It’s hard to believe that Eden Hazard is all the way out at 50/1 after the season he has had, but he’ll provide excellent value for money for those who may be tempted. The Belgian winger has 16 goals to his name currently, the joint best since he signed for Chelsea in 2012. Alongside his 12 Premier League assists, it really has been Hazard’s strongest campaign and it’s no surprise that Real Madrid have demonstrated a keen interest. More often than not, Hazard is the main attacking threat and his sheer pace and close-knit dribbling make him one of the best players in the world. It’s hard to see Hazard winning but if he does, it’ll be his second award after winning in 2015.

Fernandinho and Mo Salah also at 50/1. 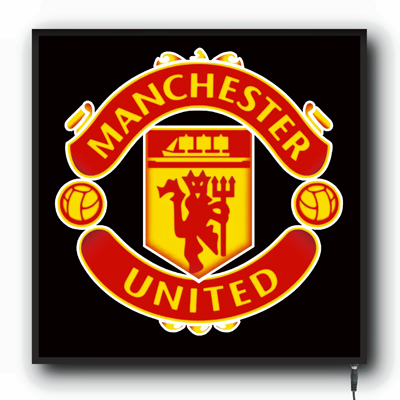 Everyone who watches soccer has heard about Manchester United. This is because this is part of the most popular teams in the world. Furthermore, with a history that dates back to the 1800, it would be a shock if you did not know them. We are sure that even those who do not watch soccer have surely heard about the Red Devils and the betting odds that come with the team. However as much as you might know about the team, allow us to give a few facts about Man United that will blow your mind away.

Man United has a very long and winding history as we have mentioned about. And in that history, they have had 22 team managers. The amazing fact is from those 22 team mangers, Manchester United have only had 2 non-British managers. These two were Louis Van Gal and Jose Mourinho.

In the history of the UEFA, there have been many top scorers. With Ronaldo being among the names of the top goal scorers. What you might not have known was that Wane Rooney is the highest goal scorer. An Englishman in the league with an amazing 29 goals to brag about.

We do know that the team features in the EU Sports FIFA game, what we do not know is if there are any online casino games in honour of this team. However with such a long history, there must be an online casino game at houseofjack that has the Red Devils, don’t you think so?

We all know the name of the team is Manchester United, and we are also ware of their nickname, the Red Devils. Allow to know tell you were the nickname from. The team was first known as Newton Health and renamed to Manchester United in 1902. As for their nickname, under the management of Sir Matt Burly, United took the name from Red Devil from Salford rugby club. A club in France who were also known for their love of red jerseys. 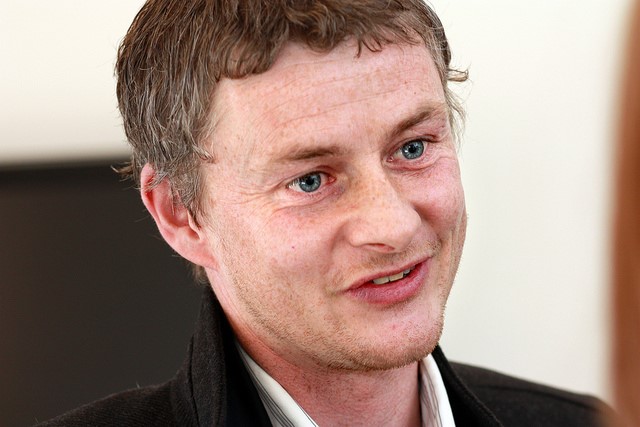 The life of a soccer fan is one that is not easy. It is full pain, anger, relief and joy. However all these emotions have nothing to do the fan, but everything to do with the team that they support. On that note, allow us to take a few minutes to look at a day in the life of a typical Manchester United Fan.

Each and every soccer fan’s day is so full of emotion. All these emotions are those that they fail to control. On lookers may wonder what is troubling a Man United fan only to find out they are worried about the outcome of the next game. The emotions that fans a go through, words cannot even express. Even the beloved online gambling games cannot comfort a Red Devils fan who is distraught. When their team losses, they lose with it and when it wins, they rejoice with it. All this for the love of Manchester United.

What may seem to many as a day too hot or as a day too cold, to Manchester United fan, it is just another day. This is especially true if there is a match to be played. Be it in the rain, be it in the sun, if there is a game, they will be there. Despite the cost, a soccer fan is one who is dedicated to their team will always make sure that they watch them play.

According to sports betting and casino games reviewers at www.bestusaonlinecasinos.com, they say each and every soccer match comes with several lessons. These lesson for both the player and the fans. For the Manchester United players, they have learnt that they should never give up. By watching their favourite fall and rise to challenge countless times, they too have taken this lesson in their day to lives. Troubles may come their way, but just like the Red Devils, they will take each challenge as it comes.